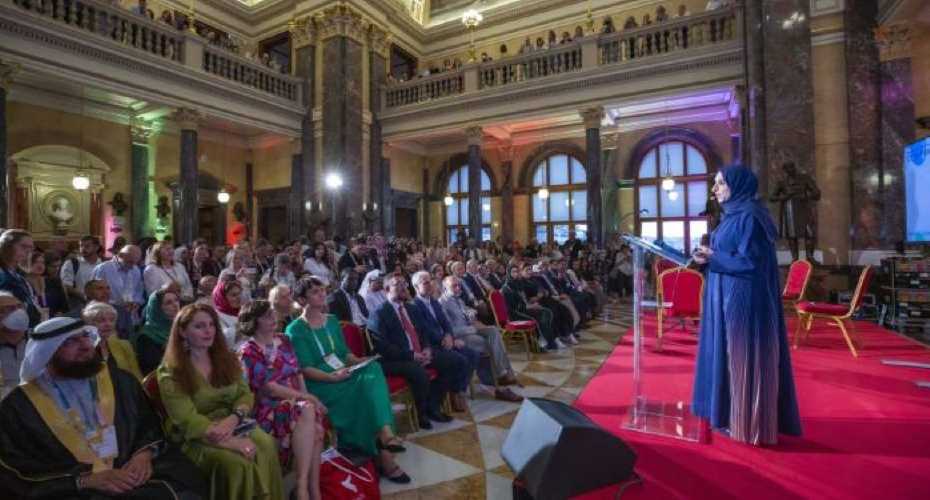 Dubai has officially marked its role as the host of the 27th International Council of Museums (ICOM) General Conference 2025 after formally receiving the flag from Prague, the host city of the 2022 edition of the conference.

This is a significant milestone for the UAE, which is home to around 55 government museums and 115 private museums, including the Etihad Museum, Sharjah Museum of Islamic Civilisation, Qasr Al Hosn, the Louvre Abu Dhabi and the upcoming Guggenheim Museum.

Sheikha Latifa said, “Dubai has officially begun its journey of hosting the upcoming ICOM General Conference in 2025. It is an incredibly historic moment for Dubai as our city has become the first city in the MENASA region to host ICOM. Winning the bid to host ICOM would not have been possible without the support of our wise leadership and the work done by all cultural entities and our partners in Dubai and the UAE over the years to develop and enrich our cultural offerings as an emirate and as a nation.”

The ICOM flag was formally passed on to Dubai during the ICOM General Conference flag relay ceremony held at the National Museum in Prague.

The upcoming 27th edition of the conference, scheduled to be held in Dubai in 2025 under the theme ‘The Future of Museums in Rapidly Changing Communities’, makes Dubai the first city in the Middle East, North Africa, and South Asia (MENASA) region to host the global conference. The flag was handed over to Rashad Bukhash, representing ICOM UAE, and then to Hala Badri, director-general of Dubai Culture, who received it on behalf of ICOM Dubai 2025.5.

Upon receiving the ICOM flag, Badri said that representing Dubai is a distinct honour and a privilege. She thanked ICOM   and its members for entrusting Dubai to carry the torch of the upcoming ICOM General Conference in 2025.

She said: “In Dubai, we have invested in the cultural and museum sector over the past few decades, leading to the formation of iconic cultural institutions, such as the Etihad Museum, a historical tribute to the Union of the Emirates; the Museum of the Future, where people of all ages come to see, touch, and shape our shared future; and Al Shindagha Museum, Dubai’s largest heritage museum, set within a traditional urban fabric of the old city which is rooted in Emirati Culture.

“We are also witnessing the emergence of a new generation of cultural enthusiasts in our region, which contributes to preserving our heritage and further developing our creative economy. We promise to present a worthwhile experience for culture, museums professionals and delegates from around the world.”

WhatsApp head has a warning for all users: Here’s what he said

Sigh of ‘relief’: Salaries increased by 15pc, pensions by 5pc | The Express Tribune

This robot quarterback could be the future of football practice

Microsoft to Reportedly Bring Some Windows 11 Features to Windows 10