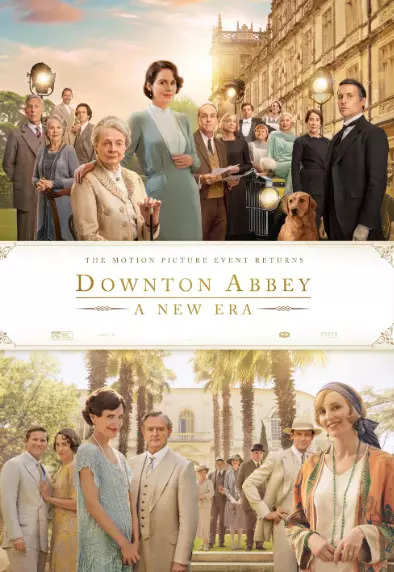 Synopsis: After the King and Queen, the ‘cinema people’ enter the Grantham family mansion to shoot a silent film that gets the Crawleys and the Downton staff talking. The family must also uncover the mystery of the Dowager Countess’ (Maggie Smith) newly inherited villa in the South of France.

Review: Known for its incredible cast led by the iconic Maggie Smith and witty script by Julian Fellowes, Simon Curtis’ balmy sequel is a bittersweet nod to the passage of time. Reminiscent of the setting sun and a hopeful tomorrow, the writing draws parallels between the end of cinema’s silent era and the adaptability of life. A day might draw to a close, a family matriarch may bid her final goodbye but life finds a way to go on. Even if you aren’t a devoted fan of the series, Downton Abbey: A New Era leaves you with a warm smile and a happy heart as the aristocratic, ‘propah’ British folks at Downton embrace change and modernity.

Every individual’s inherent fear of being forgotten once they’re past their prime lies at the heart of the story. 2011’s French film ‘The Artist’ brilliantly portrayed the psyche and struggle of a superstar to stay relevant as films graduate from silent to talkies. Here you see a bit of a reincarnation of that thought through the eyes of a charming filmmaker Jack Barber (Hugh Dancy) and his cinema crew that enamour the Downton servants. Robert Crawley (Hugh Bonneville) is wary of opening his mansion’s doors to the glamourous American invaders aka cinema people but daughter Lady Mary (Michelle Dockery) reminds him that they need to look at it as a wise money decision. She finds herself strangely drawn to Jack and easing his life keeps her occupied. A lot of questions and hidden truths also await the Crawley’s at their newly acquired French villa.

Humour, tears, closure and change… the sequel has it all and it ensures you grin from ear to ear throughout. The conversational period drama keeps you engaged and invested in the world of the wealthy as the writing stays rooted in human emotions despite the evident class hierarchy. If you like period romances and have been missing sensual Bridgerton confessions like, “I burn for you and you are the bane of my existence… and the object of all my desires”, Hugh Dancy’s got you covered. His “Mad about you” lines for Mary are dreamy. The music, art direction, set and costume designs remain faithful to the series.

If you haven’t seen the series or the previous film but love high society British period dramas high on humour and emotions, you can definitely watch this film over tea and scones.

EU moves to cut $7.5bn funding for Hungary over corruption