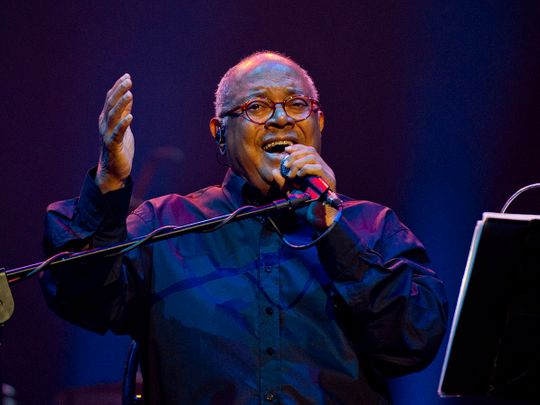 “May he rest in the love and peace he always transcended. He will remain forever in our memory.”

Cuba’s Prime Minister Manuel Marrero Cruz said on Twitter that “culture in Cuba is mourning the passing” of Milanes.

The writer of songs such as “Yolanda” and “Breve Espacio” had been hospitalised in Madrid, where he had lived since 2017 so that he could receive medical treatment.

On November 11, his office said he was “stable” and being treated for a series of recurrent infections that in recent months had been affecting his health.

The artist rose to prominence following the Cuban revolution of 1959, and gained renown both on and off the island as he became a leader of the Nueva Trova movement alongside fellow Cuban musicians Silvio Rodriguez and Noel Nicola.

He inspired and was influenced by artists from a variety of musical genres in Latin America as well as Spain, Portugal and Puerto Rico.

Nueva Trova, born in the years following the revolution, was smiled upon by Fidel Castro’s government for lyrics that gave voice to its stated political and social imperatives, including the battles against sexism, colonialism and racism.

Milanes had to cancel his final concerts planned for later this month in Spain and the Dominican Republic.

He at first embraced the Cuban revolution but later distanced himself, though he never broke the bond that united him with Cubans through his music.

In June he made one last visit to Havana, after a three-year absence, where the performer known in Cuba as “Pablito” gave an emotional concert before about 10,000 fans.

After nearly three years without performing in his homeland, white with grey hair and with mobility issues, Milanes had not lost the light in his myopic eyes, his affable smile and the strength of his voice.

He was born on February 24, 1943 in Bayamo in Cuba’s east to soldier Angel Milanes and dressmaker Conchita Arias.

Conchita moved the family to Havana so her son could attend a prestigious music school. In the 1950s, considered the golden decade of Cuban music, the boy learnt piano and collaborated with other creators.

He entered the Cuban music scene in the early 1960s with “Mis 22 anos”, and went on to win two Latin Grammys for best singer-songwriter album (2006) and musical excellence (2015).

Uruguay out of World Cup despite victory over Ghana

Martial arts legend Bruce Lee may have died from drinking too much water: research