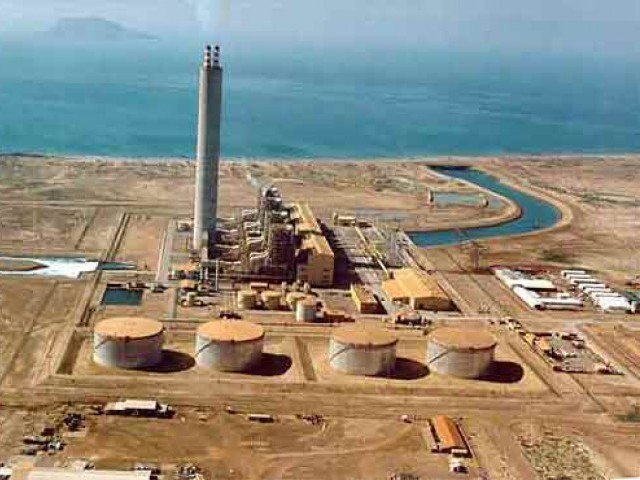 This fake MSI Afterburner is going after gamers’ passwords

LAHORE: The China Power Hub Generation Company (CPHGC), a joint venture company formed under CPEC that owns and operates imported coal fired power plants in Balochistan, served a notice to encash $150 million guarantee given by its own Pakistani sponsor and 47.5% shareholder Hub Power Company (Hubco) on Wednesday. Soon after, on Thursday, Hubco informed the stock exchange that it had started legal proceedings against this encashment notice and that the court has also issued summons to the parties involved.

This guarantee was given by Hubco to CPHGC and its Chinese lenders a few years ago as an assurance that the power plants would be set up as per the agreed terms and that if there were any cost overruns, these could be covered through encashing this guarantee. Interestingly, the project had already become fully operational in August 2019 and had been producing and selling electricity ever since.

But according to the Completion Guarantee Agreement signed between Hubco, its Chinese partner, China Power International, and other Chinese lenders of CPHGC, Hubco had somehow agreed not just to ensure that the power plants become operational but also that the Government of Pakistan fulfill its commitment with all CPEC power producers and create a special fund to clear future invoices of CPHGC on time. Technically, the project would not be considered complete till this final condition, largely outside the control of Hubco, was met.  And until that time, Hubco would not be able to free itself of the guarantee it had issued.

Why the special fund?

In two words: circular debt. For some context, the power sector in Pakistan is structured in a manner that all the private power producers have to sell their electricity to the government, more specifically to this one government entity called the Central Power Purchasing Agency (CPPA-G). Due to some bad decisions taken many years ago on the production side and poor infrastructure on the transmission side, the government can not actually afford the price at which the energy is produced and due to political compulsions does not want to force consumers to pay for it either. This leads to circular debt, where invoices of power producers get stuck for very long periods, only to be cleared by successive one-off injections by the government to clear off this debt.

In order to give confidence to the Chinese investors and their Pakistani partners, the government of Pakistan had signed a Revolving Account Agreement with all the CPEC IPPs and the demand to fulfill its commitment of creating a special revolving fund account was being raised since 2017.

With the exception of those government organizations, which have their own accounting setups, all payments made by the government of Pakistan have to go through the  Controller General of Accounts (CGA) which is the prime public accounting body of Pakistan working under the Federal Ministry of Finance.

However, sometimes, especially in the case of donor funded development projects, the payments are managed through the Revolving Fund Accounts which are outside the ambit of CGA. These are essentially established to avoid the complexities and procedural delays in the public sector accounting systems. Logic for not running every transaction through the government system i.e. conducting pre-audits as a control exercise is to avoid rent seeking and delays. This ensures that there is a continuous and unhindered flow of funds.

But the Government was ready

It seems the government, after taking its sweet time, was finally ready to create this fund. In fact, in a letter written last Friday, CPPA-G, on behalf of the government, informed Ren Lihui, the Chinese CEO of CPHGC that the government of Pakistan has already created a Rs 50 billion revolving fund account titled “Pakistan Energy Revolving Fund” to address liquidity issues of CPEC power producers. According to this letter, a monthly withdrawal of Rs 4 billion will be possible against invoices of CPEC power producers starting this very month. “In essence the requirement of a Revolving Account which is meant to deal with the 22% shortfall is being taken care of by the Government of Pakistan through special payments and this Pakistan Energy Revolving Fund”, said the letter.

Why then did the Chinese call the guarantee?

Now this is where things start to get a bit murky. The guarantee, which was in the form of a standby letter of credit issued by a National Bank of Pakistan-led consortium of Pakistani banks, was set to expire on Wednesday, the 23rd of November 2022. Hubco could have renewed this standby letter of credit for another year, but according to a source close to Hubco, the management of Hubco were given a clear understanding by its Chinese partner, China Power International, that it would not call on the guarantee, “not even if the Chinese lenders asked for it”. However, Hubco was taken aback by the decision of its Chinese partner to go back on their word and actually call the guarantee. The source claimed that the representative of the Chinese partner of CPHGC did not even call a board meeting to discuss this, insinuating mala fide intentions on part of the Chinese.

On the flip side, CPHGC had, between the lines, communicated in their response to CPPA-G that till they get a go-ahead from the Chinese government, and in turn, their lenders, the issue does not stand resolved. “The problem is that the standby letter of credit was to mature today, and Hubco hadn’t renewed it. CPHGC called on the standby letter of credit as it didn’t want to run out of options after Nov 23,” said Asif Qureshi, chairman of a leading brokerage firm while speaking to Dawn. The point that Qureshi is making is that the reason for calling on the guarantee is not because CPHGC was facing serious cash flow issues or had gotten greedy, but just that they wanted to be on the safe side.

But this clearly came as a surprise to Hubco. Having felt betrayed by their joint venture partners, the management of Hubco went to court immediately. Earlier, on Thursday, there were reports that Hubco was considering issuing a new standby letter of credit within the next ten days, before the banks make payment to the Chinese against the previous guarantee. Assuming that this would have been acceptable to the Chinese, this would have resolved the issue without Hubco having to bear the additional burden of interest payment that it would have to pay in the event the guarantee is in fact encashed and converted into a Rs 33 billion ($150 million) bank loan against Hubco’s name.

However, with the legal proceedings now initiated, it seems Hubco feels there is no basis to continue with the guarantee.

Why is Hubco not issuing a new guarantee?

The moral argument of not renewing the guarantee after the Pakistani government has set up the revolving fund aside, there is more to asking your bank to issue a new standby letter of credit, than the relatively minimal bank charges that Hubco would have to pay for the issuance of the new guarantee. You see, when banks gave this standby letter of credit on behalf of Hubco, Hubco had to allow these banks to create a charge on all of Hubco’s fixed assets as security against the guarantee. Furthermore, even though these guarantees, when created, do not constitute actual loans, as per the State Bank of Pakistan (SBP) rules the full amount of the guarantee is counted towards the single party exposure limits set by SBP. In simple terms, there is a limit beyond which banks will not issue standby letters of credit or other forms of bank guarantees to Hubco.

Considering Hubco’s new investments, the most recent being acquisition of the assets of Eni Pakistan, Hubco would need room on its balance sheet to get new, both funded and unfunded, financial facilities from the banks. No doubt, freedom from this $150 million bank guarantee would have gone a long way towards creating this room.

Ostensibly, the problem seems to be heading towards a resolution of sorts. The Prime Minister’s Office had a meeting of all stakeholders to resolve the “issues of CPHGC and Hubco” on Thursday under the chairmanship of Mohammad Jehanzeb Khan, special assistant to the prime minister on government effectiveness. In the meeting, the government assured Hubco’s Chinese partner that they will formally inform the Chinese government about the establishment of the revolving fund account and get them to sign off on it.

This means that the government, whose bureaucratic sluggishness caused this crisis in the first place, is proactively stepping in to find a way out.

Why Switzerland continues to be a pace-setter in healthcare offerings