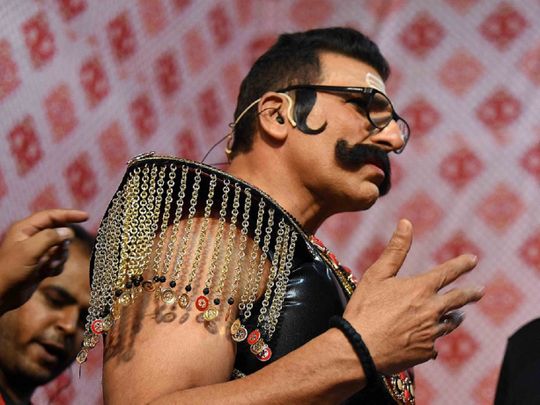 In conversation with ANI, the 66-year-old opened up about being pigeonholed in the industry, revealing children were scared of him.

“I still remember that there’s a time when children would not come to me…they were scared of me due to my villainous image. Even many women used to say mean things to me. Aap ye kaisa kaam kar rhe ho ..aap ache bhale dikhte ho ye kya role kar rhe ho... I heard all such things in the past,” Mukesh Rishi recalled.

Regardless of being stereotyped, Mukesh Rishi has no regrets. He feels people have become wiser with changing times and have started understanding his work in a better way.

“Children are no more scared of me… it’s all because negative characters have undoubtedly evolved in our cinema including the way people perceive those characters. Earlier there’s no social media, no digital platform..there were only theatres… fans had hardly any access to reach stars…but now things have changed.

“In today’s time, audience knows the difference between real and reel characters as they are getting to know personal details of the stars through social media, video interviews and what not,” Mukesh said on the sidelines of the 53rd International Film Festival of India(IFFI) in Goa.

But, yes, he did admit that he did not feel good after delivering Bulla dialogue as many find it double meaning.

“Maybe I did mistake by delivering that dialogue..I did not feel good after saying those lines. However, I would like to thank this young generation for not judging me after seeing me delivering the bulla dialogue in Gunda that was released years ago. They found humour in it and made memes out of it,” Mukesh Rishi said.

Speaking of Mukesh Rishi’s current work, he has produced a Punjabi film titled Nidarr, which will mark the acting debut of his son Raghav Rishi.