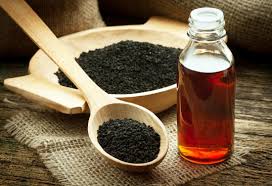 ISLAMABAD: Imported oilseeds critical to Pakistan’s food security worth hundreds of millions of dollars are currently stuck at Port Qasim in Karachi pending the issuance of a certificate from the ministry of climate change.

Pakistan relies heavily on imported oilseeds to meet its caloric demands. ‘Oilseeds’ are seeds grown primarily for the production of edible oils. In the broader sense, peanuts and soybeans can be considered oilseeds. Other examples include palm, canola, sunflower, and olives. The problem is, Pakistan does not have high quality oilseed plantations that are genetically modified organisms (GMOs). GMOs are resistant to weather and other climate disasters such as floods.

But since Pakistan has a huge demand for edible oil, GMO seeds are imported from foreign countries and sown in Pakistan. According to a report of the central bank, Pakistan’s palm and soybean-related imports stood at US$ 4 billion in FY21, rising by 47 percent year-on-year, compared to compound average growth of 12.3 percent in the last 20 years.

This is largely because Pakistan has been unable to develop its own GMO seeds and has to depend on imports. However, with shipments stuck at the port there may be a serious delay in the seeds getting to the market.

The problem at the port

According to a member of All Pakistan Solvent Extractors’ Association (APSEA), two shipments of the vital oilseeds have not been cleared since October 20th this year. A reliable source in the the Plant Protection Department (DPP) of the Ministry of Food Security and Research said the shipment had been stopped over the issuance of a certificate by the ministry of climate change.

The requirement for a certificate from the climate change ministry had been introduced four years ago, and importers had applied for the certificates back then. Because GMOs and the introduction of seeds into agriculture falls under environmental protection and is a key element of the country’s biosafety, the ministry of climate change is supposed to have oversight over such imports. However, issuance of the certificates fell prey to bureaucratic red-taping and an arrangement was made on a temporary basis to continue the import of oilseeds until the certificates could be issued. This year, however, it seems the ministry has decided to finally implement the requirement.

The hold up, which has lasted nearly a month at this point, is bound to get worse since more vessels are on their way with similar GMO seeds which will also be stopped at Port Qasim. Currently, the two shipments at Port Qasim are worth $100 million while at least five more vessels with seeds worth $300 million more are on their way. It is worth noting that the seeds have already been paid for, which means the hold-up will not affect the country exporting but will affect the supply of these seeds within Pakistan, and may eventually have an impact on oil prices.

According to both the importers and industry associations, the requirement has never been implemented before, and that the application has been submitted to the ministry for more than four years.

“Stopping the consignment without prior notice or intimation are posting huge losses to the importers. “We are paying thousands of dollars as demurrages for the past 28 days. Neither the consignments are being released nor the certificate is being issued to resolve the issue,” he added.

The acting Director General of DPP, Allah Ditta Abid, when contacted, claimed that the issuance of GMO was entirely a subject of the Ministry of Climate Change. The department only ensures fumigation of the consignment if the same is found infested. According to an official source, there was no policy framework for GMO certification by agricultural experts despite having proper rules and regulations to deal with the import of GM seeds.

It may be mentioned here that despite having no provision for certification of GMOs in the Seed Act 1976 of Pakistan the multinational companies were being given exemptions for seed import in Pakistan Biosafety Rules 2005. He was critical of the government departments and regulatory authorities, stating that national food security was one of the pillars of sovereignty for any country, but there was no proper risk assessment sector in Pakistan for the purpose except National Biosafety Committee.

In March 2022, the DPP had also ordered re-shipment of soya seeds after, what the department claimed, the consignments being heavily infested. It was reported by Pakistan Today that a vessel ‘MV Yangze 6’ carrying 556,36 metric tons of soybeans worth Rs6 billion from Brazil was stopped at Karachi port after being found as heavily infested. As a result of quarantine inspection by DPP at Karachi’s port, the vessel was found heavily infested with aflatoxins, fungal diseases and live insect pests with bad smell.

Meanwhile it was reported that for congestion at port the average container ship turnaround time (time to unload shipment, reload and leave port) in Pakistan was over 30 days. However, an official spokesman of Karachi Port Trust claimed that the information was not correct as container ships take a maximum 48 hours (two days) to turn around from Pakistan.

Marvel supervillains to unite for ‘Thunderbolts’