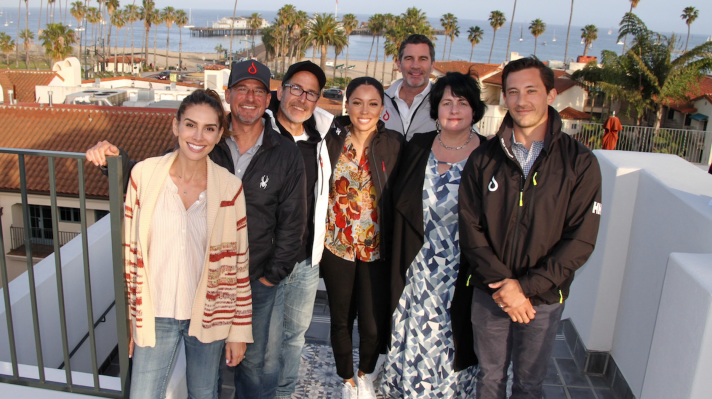 Bonfire Ventures, a Los Angeles venture capital firm, invests in seed-stage business-to-business software companies and aims to change the odds so that more than the average 33% of companies in this sector make it to Series A.

The firm seems to have some good traction so far. It says over 85% of its portfolio companies raise follow-on funding — a collective $1.15 billion — and its first fund is “ranked as one of the top 5% of VC funds globally,” while the second fund is in “the top 10% of their respective vintage years.”

Some of the companies getting follow-on funding include digital adoption company Spekit, led by CEO Melanie Fellay, which announced a $45 million Series B in January, consumer goods app company Aforza and e-commerce company Swell.

Both managing directors Jim Andelman and Mark Mullen were leading their own venture capital firms in the early 2000s and often co-invested on startups and decided to combine forces as Bonfire Ventures. The third managing director, Brett Queener, joined in 2018 after a career at  Salesforce and Siebel Systems.

They secured $230 million in capital commitments for their two new funds, which include a third core seed fund of $168 million and a second opportunity fund flush with $63 million. The firm’s leaders tell me they are “intentionally selective” in the number of startups they invest in under each fund, around 25 to 30, so they can give more specialized support to founders.

Andelman and Queener spoke to me about the new funds, how the firm is working with startups and what they are telling their portfolio companies during this challenging investment environment. The following conversation was lightly edited for length and clarity.

TechCrunch: How did you and Mark Mullen start working together?

Andelman: The L.A. venture community was small for a long time, still relatively pretty small, and we all had small funds. We bumped into each other all the time and collaborated a lot more because we had independently developed the same investment focus in the same geography, same sector, same stage. We joined forces for a couple of reasons: One, we knew there was a great opportunity here for a bigger firm to play a bigger role in the ecosystem. We knew with a bigger team we could better support founders and the community. Two, we wanted to build something that outlasted us. It started as the two of us and now there are seven of us.

What’s your approach in investing in companies?

Queener: We’re going to spend the next 10 years of our lives together with the people that we invest in, so we have to like them and they have to like us because the journey for any software company is long and has lots of ups and downs. Our approach is pretty hands-on, like a two-way partnership. We are looking for software companies with a strong narrative that we think can become iconic brands with products that buyers cannot live without. We also want a strong emotional connection to the company.

Tell me about the traction from your previous funds.

Queener: Both fund one and fund two are the top 5% or 10% in their vintage years, essentially when it started and how it performed. You can ask “How is that the case? Are we amazing pickers?” We’re not bad, but the companies also have to do well. In most seed-stage investment funds, they expect a 75% death rate. Less than 33% raise an A and only 50% raise any follow-on capital. Where that number for us is 85%.I think these results will probably be even better, compared to other venture capital firms, over the next five years.

Why should companies add you to their cap tables?

Andelman: We are very much a low-volume, high-conviction, high-support investor. We maintain the bandwidth to be responsive to founders and earn the role of first call when they have a question. That’s something you earn by being responsive, by being trusted and smart. That’s why we focus just on B2B software. The whole team’s entire careers have all been in and around the software. We have the time to dig in with the founders when they need us most.

What do you make of the VC slowdown we are seeing?

Andelman: The public cloud and software index, is down more than 50%. Meanwhile, the companies continue to grow. We have now come back down to a sort of historical norm or even a little lower. Things that were in the top quartile and trading at 20 times more revenue are now trading at seven-and-a-half times for revenue. So this is going to be a very challenging period for a lot of companies and a lot of VCs. I’m very grateful that my career has steered me, and then we steer the firm to focus on B2B software. Software companies have never been small, so I’m grateful that we are where we are in this climate. Businesses that are less capital efficient, that have less control over their expenses can’t really revert to a skinny model and are going to be the ones that take a much bigger challenge.

Queener: The VC slowdown, to some extent, is the end of free money. Normally, we have a correction in tech every seven years. With the federal stimulus, the COVID response package and interest rates being low, valuations got way out of whack and what we’re seeing is a realization that was untenable, and that profitability, efficiency and making money actually matters.

Will all of this change your future approach to investing?

Queener: Our approach is the same in that when we invest in companies, we don’t place too many bets. I think what will change is more around making sure you don’t invest too far ahead of what companies see in front of them.

Andelman: There are going to be some investments on the margin that made sense in November when capital was abundant and valuations were 100 times ARR that don’t make sense today. Every business is going to adjust its plan to some degree one way or the other. We’re fortunate that a lot of the really significant needle-movers across the funds are well capitalized.

How are you advising your portfolio companies now?

Andelman: We are giving similar advice to what I think a lot of VCs are, which is if you can defer your next fundraise by 12 or 24 months you should. The next 12 to 24 months are going to be very unpredictable, and there are always trade-offs between how much you invest in growth and how much you burn. There’s no one size fits all. We are going company by company engaging with each founding team to make sure that we are comfortable, collectively, with the investments that the businesses are making and giving those founders the best perspective and guidance.

Public tech’s espresso shot is quite literally The Cloud – TechCrunch