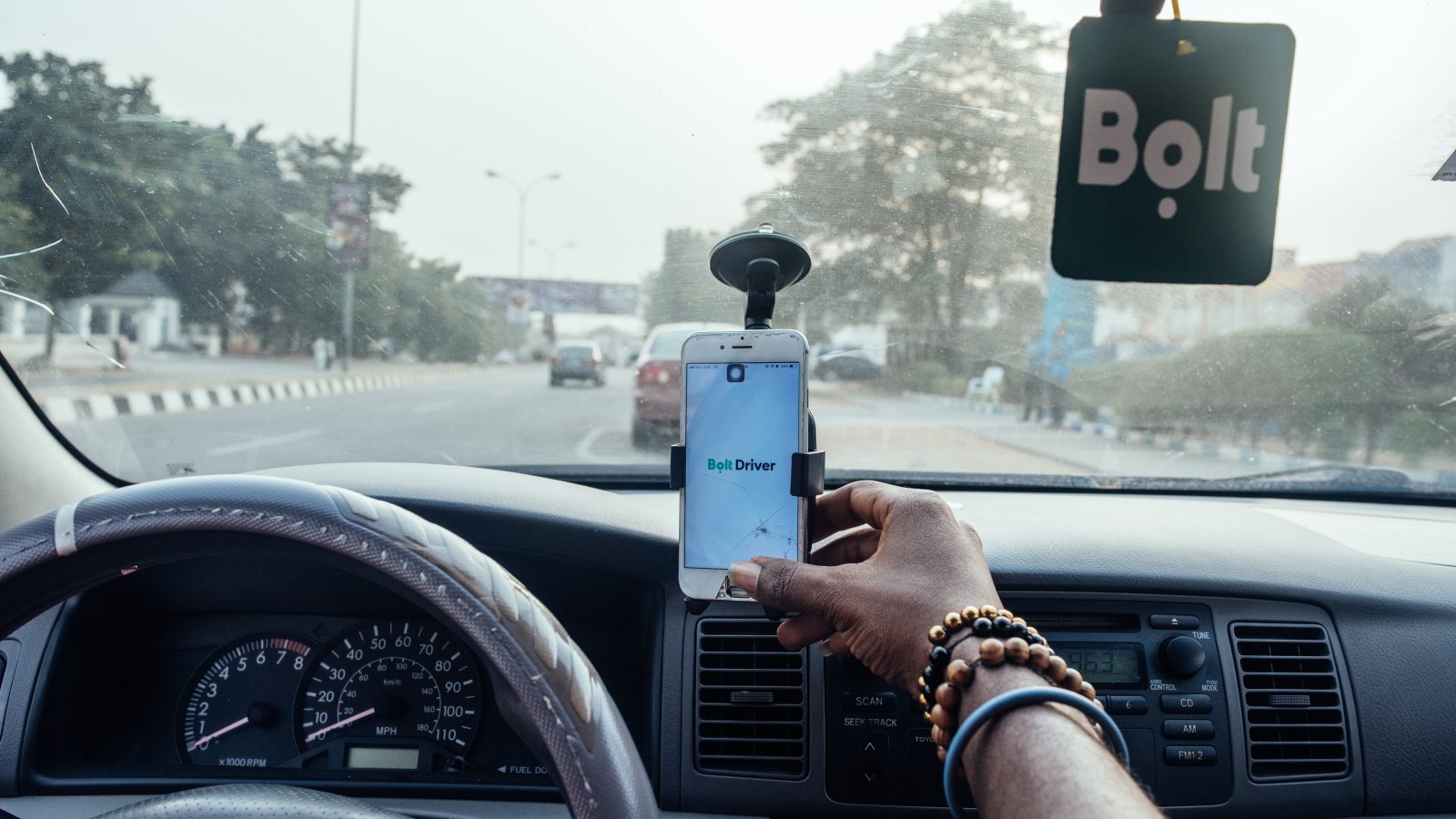 On a breezy afternoon on March 5, Juliet Nnaji, 23, ordered a Bolt ride to Maryland, in central Lagos, to meet a friend. But when Nnaji, who works as a content creator, asked the driver to pull over a few blocks from her final destination, he became visibly angry. He didn’t want to change the destination and tried to end the trip, leaving her to wait under the sun in an unfamiliar neighborhood. “He threw a tantrum and called me a prostitute,” she told Rest of World.

Moments later, the driver turned on his phone’s video camera, shouting at her to pay up while he recorded. “The next thing I saw was a punch on my face,” she said. In front of several witnesses, she said he punched her again, and threw her bag out of the car, damaging her phone. “I never, in my wildest dream, expected that he would do that.”

Nnaji reported the incident to Bolt, and received an email from its MyCoverGenius customer service team a few days later on March 11, which bluntly declined to proceed with her report because of “so many irregularities” in her claim. The email, seen by Rest of World, ended: “We hope that you try to be more careful next time.”

Bolt, which launched as Taxify in Lagos in 2016, has mushroomed in popularity over the last three years, as drivers flocked to the Estonia-founded platform. Drivers told Rest of World that many had chosen it because its onboarding process was a lot less rigorous than that of Uber, its main competitor. Wait times for Bolt rides are often much shorter than Uber, which has attracted more riders. They’ve also been lured through numerous discount promotions. But the easier onboarding standards can be exploited by some unscrupulous drivers. Rest of World has seen evidence that some drivers have been selling their Bolt accounts to unregistered third parties, avoiding the platform’s driver verification processes altogether.

While this activity might have been driven by economic expediency over the last few months, Bolt has also faced growing criticism over the behavior of some drivers on the platform, with female passengers, in particular, facing verbal — and even physical and sexual abuse — from drivers. “With Bolt, I’m always constantly watching and observing everything the driver is doing,” said Oritsesan Tosan, a Lagos-based Bolt user. “I can’t relax anymore because of my experiences and stories I’ve been hearing.” Critics of the company have linked the lax onboarding standards with wider issues on the platform.

Bolt did not respond directly to Rest of World’s request for comment about criminal activities associated with its app or drivers’ identity verification, but a spokesperson said the company takes issues of “misconduct directed towards e-hailing passengers and drivers very seriously.”

Adede Sonaike is another Lagos-based Bolt user since 2018, and said she gets frequently harassed and shouted at by its drivers over even the simplest of issues, such as asking to turn down the volume of the car stereo. Sonaike said these incidents have become more common and that she anticipates driver harassment on every Bolt trip. But on March 18, she told Rest of World she felt that her life was threatened. Sonaike had ordered a ride, and confirmed the vehicle and plate number before entering the car. After the trip started, she noticed that the driver’s face didn’t match the image on the app. “I asked him why the app showed me a different face, and he said Bolt blocked his account and that [he] was using his brother’s account, and asked why I was questioning him,” she recalled. She noticed the doors were locked and the interior door handle was broken, and became worried. Sonaike shared her ride location with her family and asked the driver to stop, so she could end the trip. He only dropped her off after she threatened to break his windows.

While it is difficult to fully verify every detail of passenger reports like Nnaji’s and Sonaike’s, their stories match an increasing number of complaints about Bolt drivers on social media.

Bolt reportedly has around double Uber’s 10,000 drivers, who it attracted with a combination of low commissions and relatively low standards for drivers. “Drivers frequently complained that Uber blocks them and never listened to them before taking action,” said a Bolt driver who asked to be identified by only his first name, Oni. Last year, Bolt raised its commission from 15% to 20%, compared to Uber’s 25%.

Three drivers, who spoke to Rest of World on condition of anonymity, said Bolt performs only minimal background checks on drivers, compared to Uber in Nigeria. This was corroborated by Daniel Arubayi, a researcher who has been studying the Nigerian platform economy for the last couple of years at Fairwork, a research institute based at Oxford University. Like Uber, Bolt has published detailed guidelines for driver registration—including identity documents, vehicle inspection, insurance, guarantors, background checks and a mandatory safety training and test. But in practice, Bolt doesn’t follow these requirements as closely, the drivers told Rest of World. In some cases Bolt allowed individuals without vehicles to register as drivers, said Abisola Koleowo, founder of WaveUs Transit, a  Lagos-based logistics operator which has been onboarding former Bolt drivers in recent months. Bolt’s vehicle inspection previously only occurred once a year, until it was increased to three times a year last year, said Oni.

There are also ways around Bolt’s minimal standards. Three drivers confirmed that some ride-hailing drivers rent or sell their verified accounts to unknown third parties via groups on Facebook, Telegram, and WhatsApp seen by Rest of World. Bolt considers this practice  fraud, according to a recent interview with Gareth Taylor, the company’s regional manager for Southern Africa. In Nigeria, drivers said the practice is frequent and partly responsible for a spate of criminal activities associated with the app. “Even in the [communication] groups that we created, there are intruders,” said Oni, who has been riding with Bolt since 2019. “They’re not drivers, they’re not riders, but they’re there to gather information for their [criminal] uses.”

Will Russian mobilisation change the course of war in Ukraine?

Some drivers sell their accounts when they quit ride-hailing or switch jobs, while others sell when they need money, but have no vehicle to get back on the road, said three drivers who spoke to Rest of World. And it’s cheap, sometimes going for as little as $72 (30,000 naira). ”The practice is frequent on Bolt and some people have turned the practice of buying accounts into a business, recruiting people to create accounts for resale,” explained Fairwork’s Arubayi.

“The person buying it won’t tell you they’re buying it for evil intentions,” Oni told Rest of World, “they’ll tell you they’re drivers too that got blocked, but need to work with an account.” Once sold, the new owners find ways to bypass Bolt’s inspection process, which used to be one year. Following several complaints about security, the company now conducts inspections every four months.

“Harassment (driver-to-passenger and passenger-to-driver) was a constant issue during my time at Bolt,” said one former employee who declined to be identified. They explained that the complaints from drivers and passengers increased as the platform grew. “But this is a reflection of the general security situation in the country,” the source added.

Rest of World spoke with eight users who had experienced what they said was criminal behavior — including harassment, sexual assault, kidnapping, robbery, and impersonation — and learned that people’s trust in the platform is waning.

The Nigerian police said that few victims of harassment on ride-hailing platforms report issues. “These incidents happen in pockets,” Benjamin Hundeyin, public relations officer of the Lagos State Command of the Nigerian police, told Rest of World. “But a formal report needs to be made to commence an investigation. Unfortunately, few Nigerians go ahead to file these reports.”

However, like security officials, local regulators are clamping down on ride-hailing services and other tech-enabled transport platforms which might once have been ignored. Last week, Lagos’ state government warned against unlicensed platforms, including InDriver and Rida.“The complaints against Bolt are quite enormous, and we are working on them,” Olayinka Shakiru Olawole, a director at the Lagos State Ministry of Transportation, who is also leading the government’s ride-hailing regulatory efforts, told Rest of World. “We’ve called them [Bolt] for a meeting, and we’ll check and monitor their activities.”

Hiking 101: Everything You Need to Head for the Hills

The PC market decline hasn’t hit monitors quite yet, as demand grows in Q2 2022