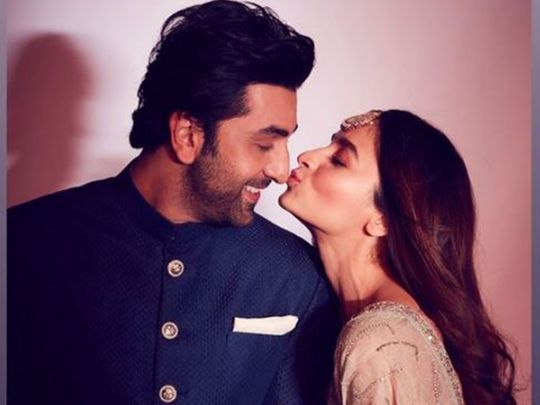 The image she posted shows a blurry glimpse of her and her husband with just a peek of Raha’s head, and a football jersey with her name on it framed on the wall behind them.

Bhatt further explained the many meanings of her first child’s name: “In Swahili she is Joy, In Sanskrit, Raha is a clan, In Bangla – rest, comfort, relief, in Arabic peace, it also means happiness, freedom & bliss. And true to her name, from the first moment we held her – we felt it ALL! Thank you Raha, for bringing our family to life, it feels as though our lives have only just begun.”

Bhatt and Kapoor welcomed their baby girl on November 6 at a private hospital in Mumbai. The couple, who got married on April 14, announced their pregnancy after two months of their marriage.

Hollywood: Matthew Perry reveals he had a crush on all of his female ‘Friends’ co-stars