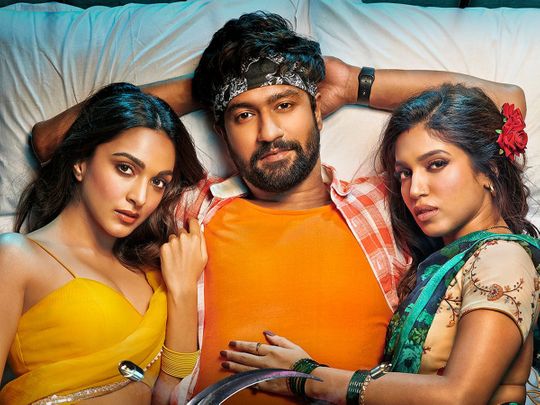 Twitter is dying, and I don’t feel so good myself

Helmed by Shashank Khaitan, the film is touted to be a quirky murder mystery.

‘Govinda Naam Mera’ marks Kaushal’s second film under the Dharma Productions banner after the horror film ‘Bhoot Part One: The Haunted Ship’, which got a positive response from the audience.

The film will be Kaushal’s second digital release after his much-acclaimed film ‘Sardar Udham’.

Makers of ‘Govinda Naam Mera’ will be soon unveiling the official trailer of the film.

Apart from that, he also has director Anand Tiwari’s film alongside Tripti Dimri and Meghna Gulzar’s next biopic ‘Sam Bahadur’ opposite Fatima Sana Shaikh and Sanya Malhotra.

Pednekar, on the other hand, will be seen in ‘The Ladykiller’ along with Arjun Kapoor, Gauri Khan’s production ‘Bhakshak’, and Anubhav Sinha’s ‘Bheed’.

Advani will also be seen in the upcoming musical saga ‘Satyaprem Ki Katha’ opposite Kartik Aaryan.

Interview: Why Honor focused on bringing vlogging solutions to users