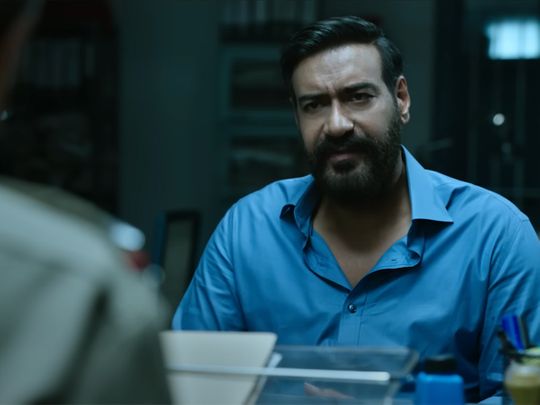 ‘Drishyam 2’, which sees a new entrant in the form of Akshaye Khanna, witnessed a 40 per cent jump in collections on Day 2 of its release minting Rs215.9 million. Keeping up the momentum, it showed 76 per cent growth from its first day with Rs271.7 million coming in on Sunday.

Overall, the film has collected Rs641.4 million at the box office in its opening weekend.

‘Drishyam 2’ picks up from where its predecessor ended. The first part of the franchise, which released in 2015, follows the story of the Salgaonkar family after they mistakenly murder Sameer “Sam” Deshmukh — the son of Inspector General of Goa Police, Meera Deshmukh (essayed by Tabu).

The subsequent investigation follows Vijay Salgaonkar (Devgn) and his family as they carefully cover their tracks courtesy of Vijay’s strong cover up skills, which he acquired by watching crime thriller movies (Vijay is a content businessman running a cable TV service in Goa and naturally is a movie buff).

In the end, the case remains unsolved as the police is unable to establish the murder of Sam after he goes missing.

‘Fabulous Lives of Bollywood Wives’ season 2: Maheep Kapoor reveals Sanjay Kapoor cheated on her; says, ‘I walked out with Shanaya’ – Times of India

The film released across 4,150 screens (domestic 3,302 screens + overseas 848 screens) and has been getting a positive response from the audience owing to the strong legacy of its predecessor, which was directed by late director Nishikant Kamat.