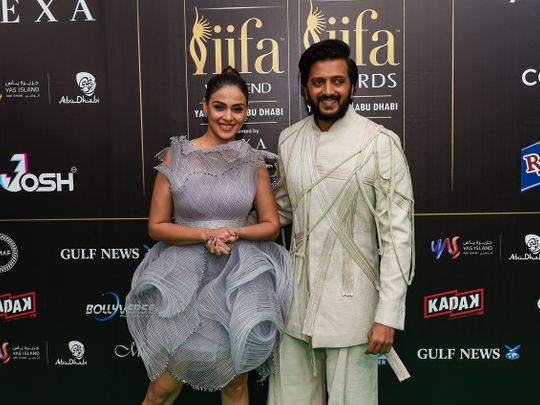 ‘Ved’ marks the directorial debut of the ‘Masti’ actor and is all set to hit the theatres on December 30.

In July, this year, Deshmukh announced the wrap of his film along with the news that Khan will be seen in a guest appearance role in his directorial debut project.

Khan took to his Instagram account and extended warm wishes to the ‘Housefull’ actor for his directorial debut and shared the teaser which he captioned, “Bhau, Best wishes on your directorial debut @riteishd … #ved #ved30dec @geneliad.”

Deshmukh was recently seen in a comedy film ‘Mister Mummy’ along with D’souza and Mahesh Manjrekar. Helmed by Shaad Ali, the film failed to impress the audience at the box office.

He will also be seen in an upcoming horror comedy film ‘Kakuda’ alongside Sonakshi Sinha and Saqib Saleem and in Sajid Khan’s comedy film ‘100%’ alongside John Abraham, Nora Fatehi and Shehnaaz Gill.

Khan, on the other hand, will be next seen in an upcoming family entertainer film ‘Kisi Ka Bhai Kisi Ki Jaan’ along with Pooja Hegde and in an action thriller film ‘Tiger 3’ which is all set to hit the theatres on the occasion of Diwali 2023.