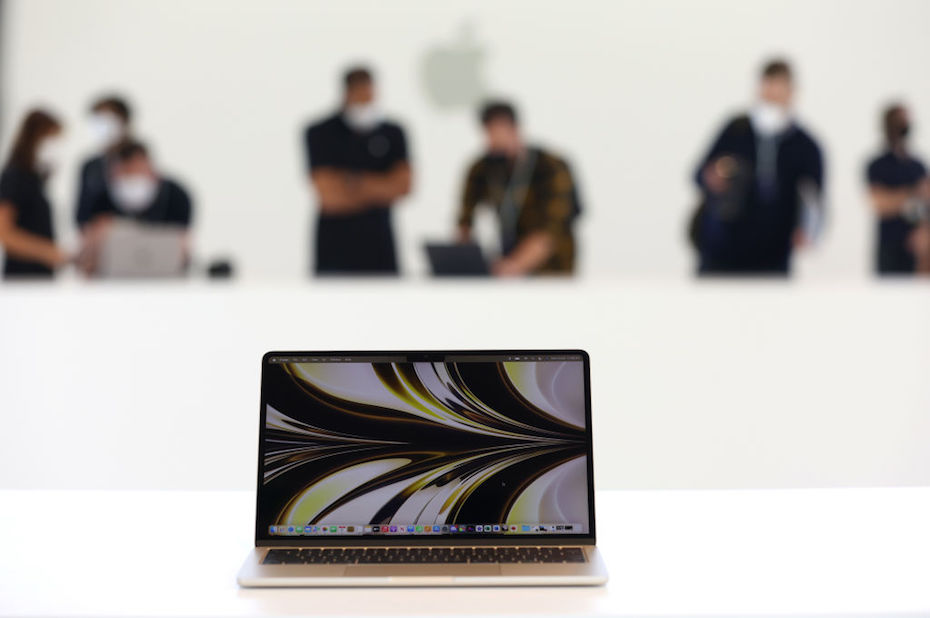 Apple Inc. unveiled the most significant overhaul to its popular MacBook Air laptop in more than a decade, bringing a fresh design, new colours and a speedier M2 processor.

The company showcased the updated laptop Monday at its Worldwide Developers Conference, an event that’s otherwise focused on software updates for the iPhone, iPad, Mac, Apple Watch and other devices. The new Air adds yet another machine to the company’s lineup of personal computers, which has seen revenue jump since a switch away from Intel Corp. chips in 2020.

The new MacBook Air. Supercharged by M2. With an impossibly thin design. All-day battery life*. And a stunning 13.6” Liquid Retina display. Don’t take it lightly. Coming next month. *Battery life varies by use.

The updated computer includes an M2 processor, the biggest generational leap for Apple’s Mac chips since its in-house components for computers debuted in November 2020. The MacBook Air update is the first since then, when it was one of the earliest Macs to get the M1 chip.

The new M2 chip also is coming to the 13–inch MacBook Pro, the company said Monday.

6 Best Monitors We Love to Use

The Mac lineup generates a fraction of the sales that Apple’s iPhone does, but it’s been a solid performer in recent years. It accounted for nearly 11 per cent of revenue in the last fiscal year, more than the iPad and Apple’s wearables and home products.

Citizen by investment programmes are booming despite inflation

TSMC hoping to move 3nm production to US, now starting work towards 1nm

Three quarters of Asia’s wealthy investors will own digital assets by 2022: report – TechCrunch