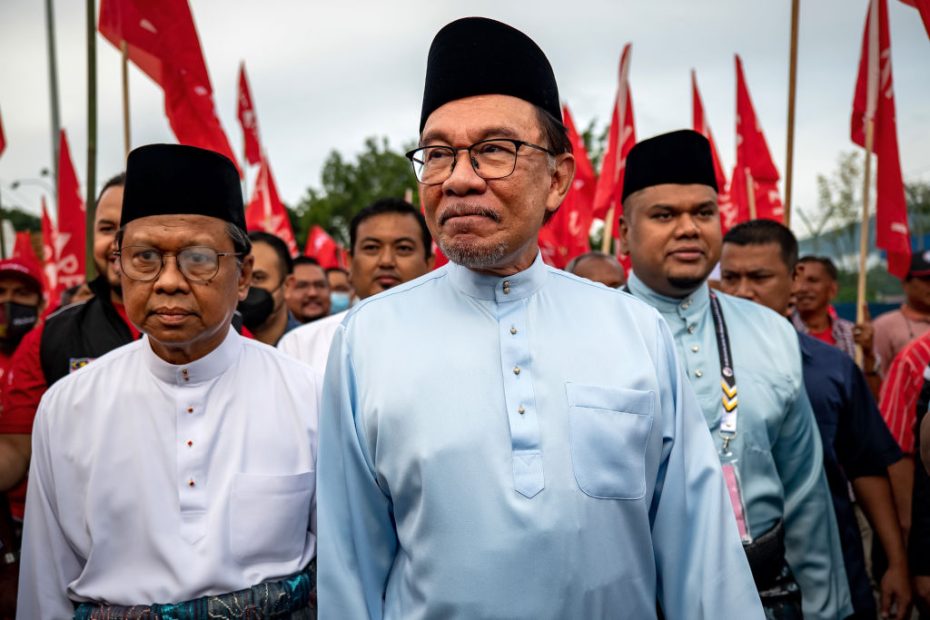 Anwar’s reformist Pakatan Harapan will lead the next government after being chosen by King Sultan Abdullah Sultan Ahmad Shah, the palace said in a statement. The monarch intervened after no alliance secured a majority in a general election Saturday in which Anwar’s coalition won the most seats.

“His Majesty reminds all quarters that whoever wins, doesn’t win all, and those who lose do not lose all,” the king said in a statement. “The people should not be burdened by endless political turmoil as the country needs a stable government that will boost the economic landscape and national development”

Anwar’s swearing in will be at 5pm local time. It’s a defining moment for Anwar, 75, the almost man of Malaysian politics who was seen as former premier Mahathir Mohamad’s successor back in the 1990s and set to replace him after the 2018 election, only for the plans to unravel both times.

Pakatan Harapan got the most seats in Saturday’s general elections – 82 out of 220 up for grabs that day – but fell short of winning a majority, leading to the first hung parliament in the nation’s history. Former premier Muhyiddin Yassin’s Perikatan Nasional wasn’t far behind at 73 seats, and was also angling to cobble together a government.

JLo announces “This is Me” album follow-up 20 years later