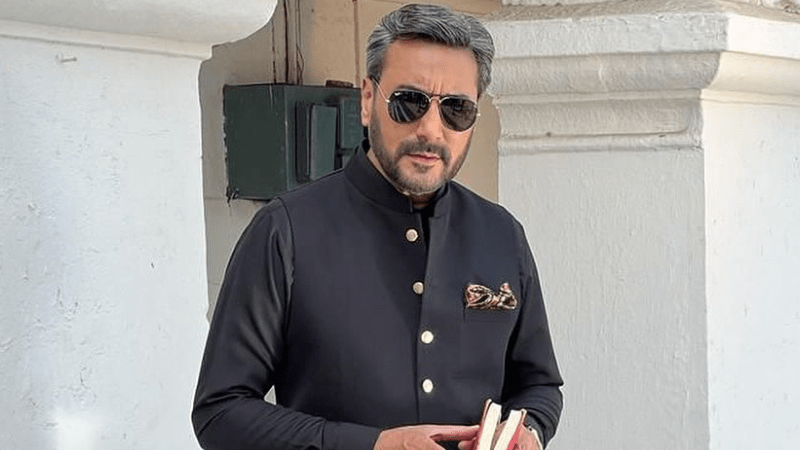 The Lux Style Awards (LSAs) were held on Thursday night in Lahore and a remix of the national anthem was performed at the show by Wahab Bugti and Shehzad Roy. The ‘remixed’ version of the anthem featured the exact same lyrics as the original but the instruments used for the music were replaced with traditional ones. Adnan Siddiqui didn’t like this version at all. and In fact, he finds it “disrespectful”.

Taking to his Instagram, he mentioned a “famous award show” and questioned if it is “appropriate to take creative liberties” with our national anthem that was “composed to instil patriotism”.

He asked if the Constitution permits “anyone to improvise/remix the Tarana in the guise of creativity”, noting that the original rendition is always played at matches, tournaments or other state functions.

“At a famous award show, artists however, fiddle with the National symbol and possibly get away with it too,” said the Ye Dil Mera actor, adding that he personally finds remixes of the national anthem “disrespectful”.

He asked his followers for their thoughts on the matter and a large number of them agreed about the national anthem being preserved in its original form.

We see Siddiqui’s point of view when it comes to preserving the sanctity of the national anthem, however, the “famous award show” he referred to, featured folk instruments and we believe that’s completely okay since they are a part of Pakistani culture.

We understand that at times it can be hard to digest something you aren’t used to —perhaps the way Bugti and Roy performed on stage was unpalatable to Siddiqui — but being open to different instruments being used isn’t such a bad idea. It paves the way for other artists from different regions to also sing the national anthem with their own instruments and flair and that doesn’t change anything other than the instrumental in the background. The words of the national anthem remain the same.

We agree that the national anthem shouldn’t be disrespected, but it doesn’t seem like there was any disrespect intended here. They used traditional Pakistani instruments and sounds to sing the most Pakistani song there is.

William and Harry stand vigil with cousins at queen’s coffin

Huawei offers satellite SOS in China where Apple’s is unavailable