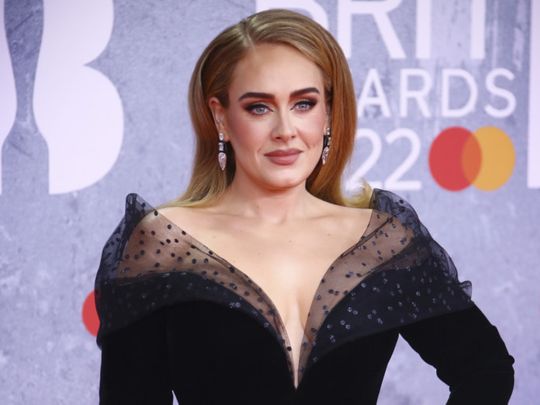 She said her team had “tried absolutely everything” but it had “been impossible to finish the show”. The concerts were due to begin the next day and some fans were making their way to Nevada when they got the news.

Taking to Instagram on Thursday night, the singer-songwriter shared a picture of herself in rehearsal against a backdrop of childhood photos.

“I’m highly emotional, incredibly nervous but can’t sit still because I’m so excited … I always get scared before shows, and I take it as a good sign because it means I care and means I just want to do a good job,” she wrote.

In a radio interview in July, Adele addressed the January postponement, saying she had “definitely felt everyone’s disappointment” and “was devastated”.

“I thought I could pull it together and make it work and I couldn’t and I stand by that decision,” she said.

Adele, known for ballads about heartbreak and nostalgia, made her musical comeback last year with her fourth studio album “30”, which soared to No 1 around the world. It is nominated for the coveted album of the year award at the 2023 Grammys.

Gas tariff surges by a whopping 235% | The Express Tribune